A bunch of emotions for nothing! 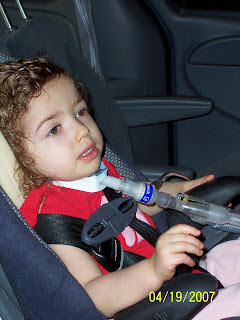 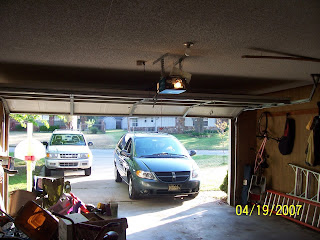 Well, Kaedra was supposed to be on her way to her surgery right now. She woke up this morning not feeling good and I had to suction her two times right away. She had a very low fever but was just laying in my arms and we felt really bad for her (although we are 99% sure this is just allergies) so Michael called up Kansas City and asked them if they still wanted us to come. While we were waiting for them to call us back, she started feeling better so Michael went on and loaded her up and took off. He called about 20 minutes later saying they were on their way home. They don't want to intubate her with so much gunk in her lungs.

It makes sense. But I have already gone through all the emotions of this trip, so I wish we could just get it over with!! (obviously without putting Kaedy in danger!) I just don't want to have to do this all again!

Okay, enough complaining. They are on their way home and now we can have a couple of family days. It should be fun. :-)

ps. I have no idea when they are going to reschedule. I am assuming sometime in the next month.
at 8:40 AM

I'm glad she's feeling some better! Sorry to hear it didn't work out for her to go up for the surgery.

She's such a sweetie! And I'm completely jealous of those curls!!!!

Oooo - I'm glad they decided to wait - but totally understand that you didn't want to go through those emotions ...

Oh - Credit where credit is due...I wanted to add a song to my blog. And I remembered your playlist - so I've now copied yours and have a playlist of my own!! (At the bottom of my blog) And I'm thrilled. :-) Thanks for the idea..

Have a fun with the family!!

Stopping by to let you know that you've won The Oak Leaves from my Books Galore giveaway! Congrats!

Please send me your mailing address and I'll pass it along to the author, who will ship you the book. Thanks!

Well I hope you have some fun family days! How frustrating to be all mentally prepared only to have to do it all over again.