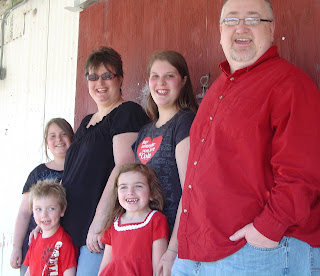 Well I haven't had a lot of time to work on house projects this week! It's been a busy busy week! Tuesday we had a doctor's appointment (Emily got her cast off!), we got pictures taken downtown and Michael and I went on a date. It was a wonderful date.....maybe my favorite ever. Since it was such a beautiful day, we started off by going for a drive. We had a wonderful time driving through Catoosa and seeing an area Michael had never seen (but I had discovered recently).  After we were done, we were driving by the Hard Rock Casino and saw that there was a Toby Keith's I Love This Bar and Grill Restaurant. Having been there in OKC, we knew we liked it so we decided to go there.  We finally found some parking in the crazy casino parking lot and we got inside. It was really cool! Since it is a Hard Rock establishment, there is a lot of rock history in there.  I loved this wall full of quotes from rock songs 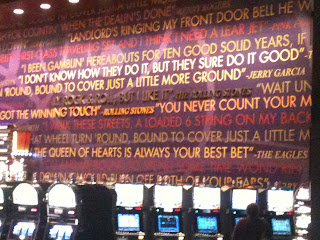 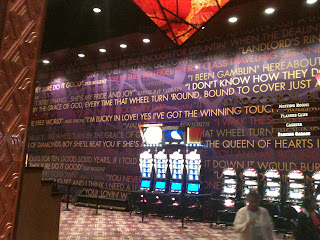 There were columns in the middle of the slot machines that had outfits, guitars, pictures, and other memorabilia from musicians and bands. Here are some of my favorites: 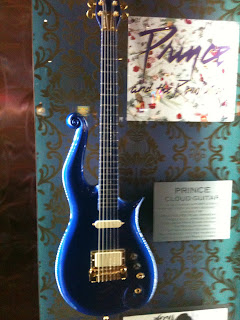 This is Prince's guitar. Not that I am a huge Prince fan, but I love his guitar. Reminds me of something Dr. Seuss. 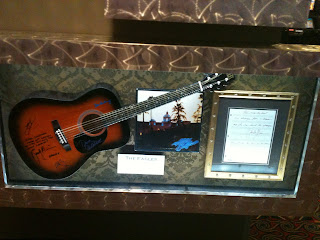 The Eagles Guitar from Hotel California. Also some music and the album cover. 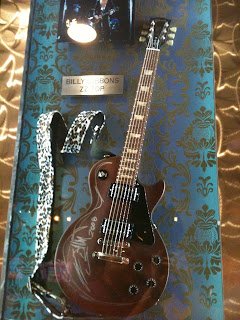 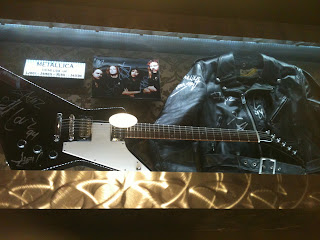 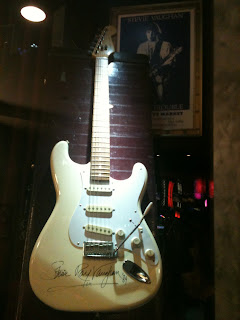 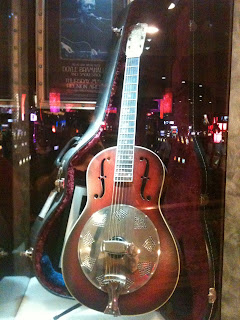 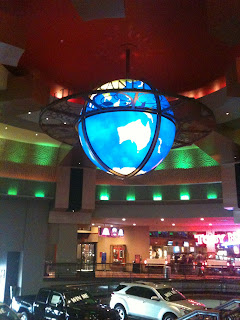 The colors in the casino were gorgeous. They had lots of beautiful creations hanging from the ceiling that made the place very pretty. 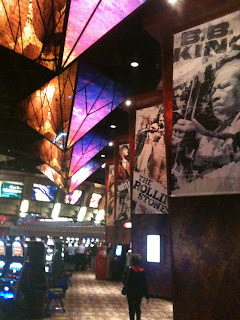 They also had HUGE posters of different rock legends.


Well  I have to get off of here and get ready for co-op.  I will finish up later! 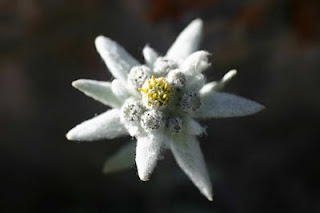 An Edelweiss
Admittedly, this is an odd looking flower, but I just love them.
I love the song from The Sound of Music, too. I sing it to my children almost nightly.
So I am feeling better.  I had a really bad month or so. We were going to change my fibromyalgia/chronic fatigue meds over to another med.  I weaned off the one medicine only to find out that I couldn't afford the other medication.  I had to wean back on the first medicine and the whole thing took about a month for me to finally feel good again.  I did learn something important.....  I was thinking the medicine wasn't helping very much. After weaning off of it, I realized how much it really is helping me.  Apparently my FM/CFS has gotten worse over the last year and I really do the medicine to function at this time.  With the medicine, I feel a little better than I was, with occasional flare ups. Without the medicine, I feel like I'm in one big flare up all the time.
Not only did I have that going on, I also got sick.  AND the kids weren't sleeping hardly at all.  At least I got everything done and over with at once.  Although I wish they didn't have to deal with it, it IS nice to have friends who have similar problems and really understand what I am going through. I read a lot about people who do not have a good support system.  My friends at least understand me and sympathize.
Now that I am feeling better, I am "waking up" to realize everything is falling apart! Brittany has done a GREAT JOB at keeping things rolling as far as laundry and picking up. Michael has helped out a lot with meals. However, some of the littler stuff (cleaning out the frig, messy cabinets, piles of papers, etc) needs to be done.
Not only that, but I am waking up to some truths as well.  After talking to my friend April on  Friday, I realized that I really need to move in to my house.  Yes, we are moved in enough to reside here....  but I haven't made it a home yet.  We still have sheets up in the windows, boxes in our rooms, boxes in the garage, and from the outside you probably can't tell if we live here or not.  The reasons are numerous but the crux is, I needed to change my ways.
Saturday morning I woke up feeling good and with a mission.  I went straight to the garage (where we recently had our hot water heater flood) and started going through boxes. I opened and went through every box that was in there. I had to throw quite a bit away because of the flood... the rest I put in piles of whether to take inside, put in the attic or put away in the garage.  By the end of Saturday, I had worked 5 hours in the garage and finished one side of it.  Sunday morning I went back out and worked on the opposite side. I finished up the boxes and organized the workbench. I am not done yet, but mostly it is just bringing stuff inside and taking things to the attic.  Once I am done with that, the garage will be nearly empty and I will be able to park inside again! :-)  Not only that, but, if we had another flood, nothing would get ruined.
One of the benefits of going through all the boxes was finding "lost" treasures! I found all my fishing stuff and had such fun looking through it all.  I also found many decorations. Now I am looking forward to getting things put up and put away and having our house really be homey again.
Today I realized that the inside was getting very messy while I was working on the outside. Since Michael and Brittany were both gone, I thought I would surprise them and clean the kitchen and my bedroom.  Unfortunately the kitchen is taking a little more time than I thought. I got about half of it done and it's going to take another day.  It is feeling great to get it done, though.
Now I am feeling a little worn out. I am hoping I just need a nap to get renewed and that I haven't overdone it.  It is so hard not to try to get EVERYTHING done when I am feeling up to working.  I KNOW I should take it easy...but it's hard to do.
Well that's what's going on here....
at 1:06 PM No comments: