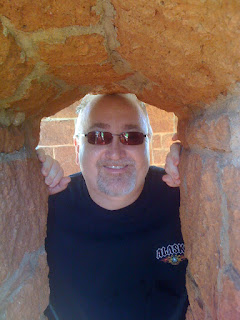 Since I've been sick all week, you would think we had an uneventful week.  Well, we did as far as me and the kids. However, Michael decided to go and have some excitement.  Wednesday night he called from work and said that he was having heart problems.  He wasn't ready to go to the hospital, but wasn't really up to working either. He came home, took his nitro and went to bed.  The next day he called his cardiologist in the morning and got in asap. Although his cardiologist was gone for a family emergency, his PA confirmed he was having some sort of heart problems, probably a blockage. He was already scheduled to have a stress test on the next Wednesday and the PA thought that Michael should wait for the cardiologist to come back to assist any surgery (if his body would cooperate and wait) so he gave Michael two meds to help him get through the week....a nitro to take on a regular basis and some medicine that helps infuse his blood with oxygen so it can travel better.

The plan right now is to have Michael take the stress test on Wednesday and have a heart cath either the same day or Thursday.  Last time they went in for a heart cath, he ended up having a triple bypass.  Obviously we are praying he doesn't have to have anything done this time!  I ask for you all to join me in praying for Michael and his heart.  Thank you!
at 7:20 AM