Getting to know You........Oklahoma City Version

In the 4 months we have lived in Oklahoma City, I haven't managed to meet anyone. Well, that's an exaggeration...I have met exactly 3 people....1 through another friend, one through a homeschool group and one invited us to her church (where we ended up) through a homeschool group. I haven't managed to see these great women past meeting them, however.  And although we go to a church, it is a big church....no real chance to meet people.  This church does have lifegroups but apparently they don't have one for us, as of yet.  And, although I would like to serve, I haven't found something that works with our schedule and all our different kids.

While talking to Paula one day about this, she suggested I join MOPS.  I had heard of it, but never been part of one or looked into it.  I looked into it and decided it might be just what I need.  I am so excited, tomorrow is my first day going to the Yukon MOPS and I get to meet people in the area! And do a craft! And socialize! It's like preschool for mommies!!! :-)

My kids, on the other hand, have all made friends at church. Brittany and Emily go every Wednesday night to youth group and Konnect.  They love it and it is great to see them making new friends in the area.

As little luck as I have had in the socialization area, we have had a wonderful time getting to know the area. I love this area.  Not necessarily Yukon, but Oklahoma City area in general. We have discovered and explored more here than we may ever have in Tulsa.  We have two nearby lakes, several nearby parks, the Will Rogers park in OKC that is a GREAT place for pictures, we've been to Norman for the Weather Festival, a great pumpkin patch in Piedmont, Pops gas station/restaurant, a great BBQ place in Norman, explored Bricktown, geocaching in several areas that we normally wouldn't have gone, climbing around a tank in Mustang, to the Czech festival here in Yukon, we belong to THREE nearby libraries, and of, course, a federal prison.  (we don't belong to the federal prison, just to clarify that)


Anyway, I have a huge amount of pics that I haven't uploaded as I haven't had time to blog lately.  I am going to take a moment to post just a few of them now..... 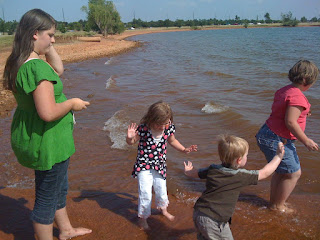 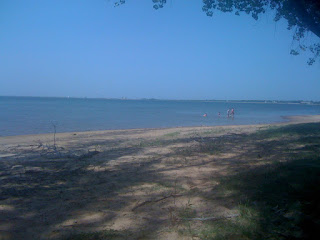 a picnic at Hefner the next week

(those little people in the water are the kids and I) 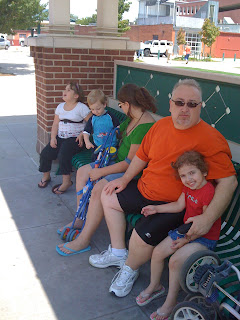 waiting for the Trolley in Bricktown eating above the baseball field 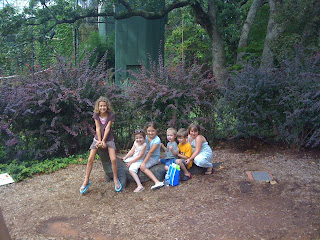 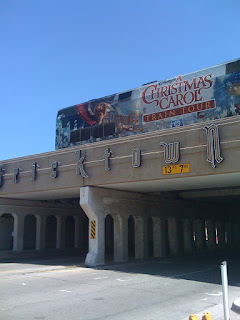 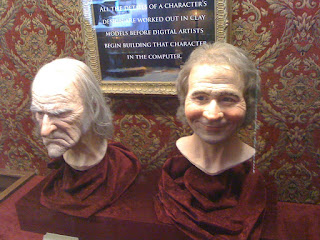 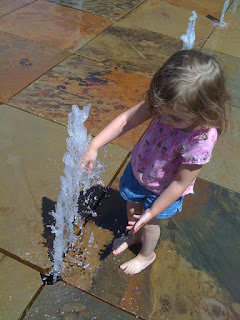 playing in the fountains in Bricktown 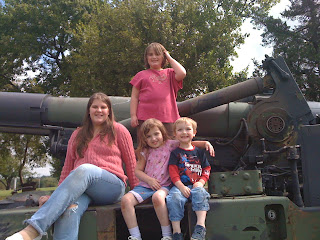 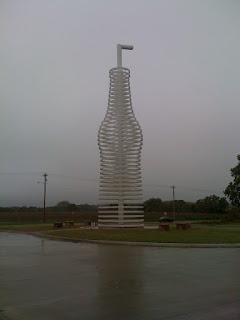 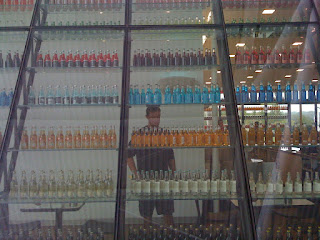 Pops Restaurant/Gas Station.  They have THOUSANDS of flavors of Pop!!! 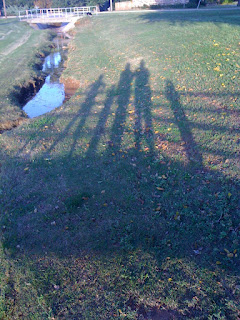 Shadow making at a nearby park 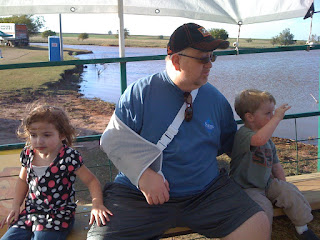 Hayride at a Pumpkin Farm 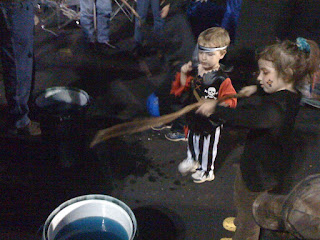 Trunk-or-Treat at a local church 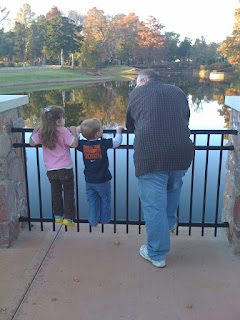 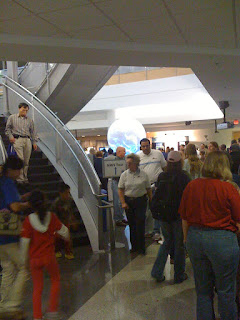 The Weather Festival in Norman

so there's a brief tour of the fun we have been up to! We are trying to make sure we get to see and experience most of OKC before we move again!

Okay, the bridge from the library comment to the federal prison made me laugh out loud. Glad you guys don't belong to that (the prison, that is... glad you have 3 libraries)

I know it is hard to relocate. And with our on again, off again re-lo to Tampa, the Lord has brought you to mind several times as one that I want to pattern my heart after. You seemed SO joyful to go wherever your husband found a job and would happily relocate there. I want that. I NEED that.

I pray precious, sweet friends come into your life soon. I know it makes things sweeter ;)

Praying for your family!!

I ran across your blog by looking for pictures of the Christmas Carol Train Tour. Your post caught my attention because I'm in a similar position as you. I moved to Los Angeles about 5 months ago, and even after starting a new job, have not made any "real" friends (I work for a huge corporation where everyone is too busy and engrossed in their work to be your friend) :-/ You'd think, with LA being home to at least a few million people, you'd make friends with some of them. Luckily I moved from San Diego, so family and freinds aren't too far...but still! My husband and I tried several churches and found one we like, but like yours, is very large. I don't have kids (yet)...I thought about how a MOPS group would be fun, but that doesn't exactly work for me. I LOVE crafting and MOPS would be perfect for that too! Just thought I'd comment and say hello and let you know you're not the only one struggling :)