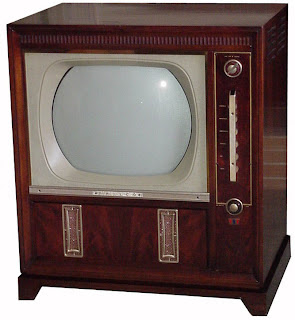 Whenever I say I don't watch TV, or don't like TV, or don't have a favorite TV show.....I am lying. What I really mean is:
1. I don't have time for TV. I don't make it a priority to watch the time so I can catch a certain show.
2. Michael and I hardly agree on any of our TV shows, so it is just easier to give him the TV and not worry about #1.
3. I am usually interrupted by children and can't really relax to watch the show.
4. My favoritest show ever is no longer on (except in reruns) although Michael and I (yes, we totally agree on this show!!) own the entire series so we can watch it whenever we want.

I looooooove our DVR. We are taping all sorts of shows and we can watch them whenever!! If I do happen to watch a show, I can pause it while the kids need something and go back to it when I have a chance. I can FF through commercials. It is awesome!! We are DVR'ing lots of educational shows for the kids and we no longer have to just watch Dora, Diego and SpongeBob! WOOHOO!! Brittany and I DVR'd a Christian Music Video program on GMC. Brittany is DVR'ing two shows she loves that are on too late at night... "Drive Through History" and some other show about missionaries. We are also DVR'ing everything about sharks, WWII, and How It's Made. Now I like TV again. :-) That takes care of #1-3. 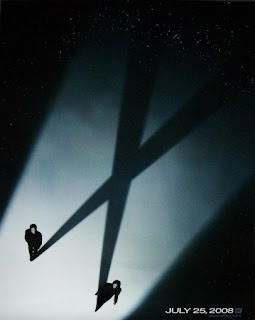 Here is what Director, Chris Carter said about the name: I want to Believe:
"It’s a natural title,’ (Director Chris) Carter said in a telephone interview Tuesday during a break from editing the film. ‘It’s a story that involves the difficulties in mediating faith and science. `I Want to Believe.’ It really does suggest Mulder’s struggle with his faith.’”

Oh and Jim is going to love the last part on your blog. Return of the X-Files.

Your life will never be the same again! LOL!!

Just wait until you're on vacation or something and you realize you can't pause the show you're watching. lol

Heather hit the nail on the head. If I am watching TV in my room, which has no DVR, I am always trying to pause it or rewind it. I might just have to get another DVR for that TV considering Dillon insists on filling up the living room DVR with his shows!

*LOL*
I bet it wouldn't be as cool on our TV as We don't have cable..but I'm one for technological gadgets. :-)

You just have oodles of fun. I'm rejoicing with ya....and now you can come out of your TV closet.

I found your blog through MommyFest. Though it was over weeks ago, I'm still enjoying meeting others and finding some awesome blogs.

I smiled reading this post. I almost never watch t.v. though once we got a DVR I did begin taping a few shows. If I don't watch them after a week or two, I tell the kids to just delete them.

Do you watch movies? I have a DVD player in my room and I do watch movies, though sometimes it can take me 3 or 4 nights to watch just one movie.

We have been THRILLED since we got our TiVo. Oh, it is so cool. We are so spoiled now...commercials...I don't think so! Don't watch those. I love how we can find stuff to record at 2:00 am if we want. The amount of shows we can watch has really grown. I have been watching the OLD Star Treks (the original). Not sure if watching MORE shows is really a good thing though. :-(
~Kim B.

Oh how I do love me some David Duchovny. Not sure the movie will be all that, but I'll enjoy his pretty face. ;o)